How to Fuzzify Some Mathematical and Computer Science Notions

Pavel Martinek from Tomas Bata University in Zlín will give lectures “How to Fuzzify Some Mathematical and Computer Science Notions”.

Lecture 1: Introduction to Fuzzy Sets and Fuzzy Order (Is there an exact way how to order objects which are not fully comparable?)
Besides statistics and probability theory, the “fuzzy paradigm” represents another approach to vaguely described objects, i.e. objects whose description is either incomplete or imprecise. In real world both in nature and in human artificial surroundings there are a lot of things and properties which are not only black or white. The lecture will give an introduction to fuzzy mathematics, namely fuzzy sets and fuzzy relations, especially fuzzy order.
The first lecture is suitable for wide range of students, the second lecture is focused on computer science students.
Lecture 2: Fuzzification of Languages of Chomsky Hierarchy Chomsky hierarchy represents the most known hierarchy of formal languages.
This part of theoretical computer science has got wide practical use. The aim of the lecture is to give an insight into fuzzification of Chomsky hierarchy languages. By the fuzzification is meant the process of transforming classical notions into fuzzy ones.

We invite to participate! 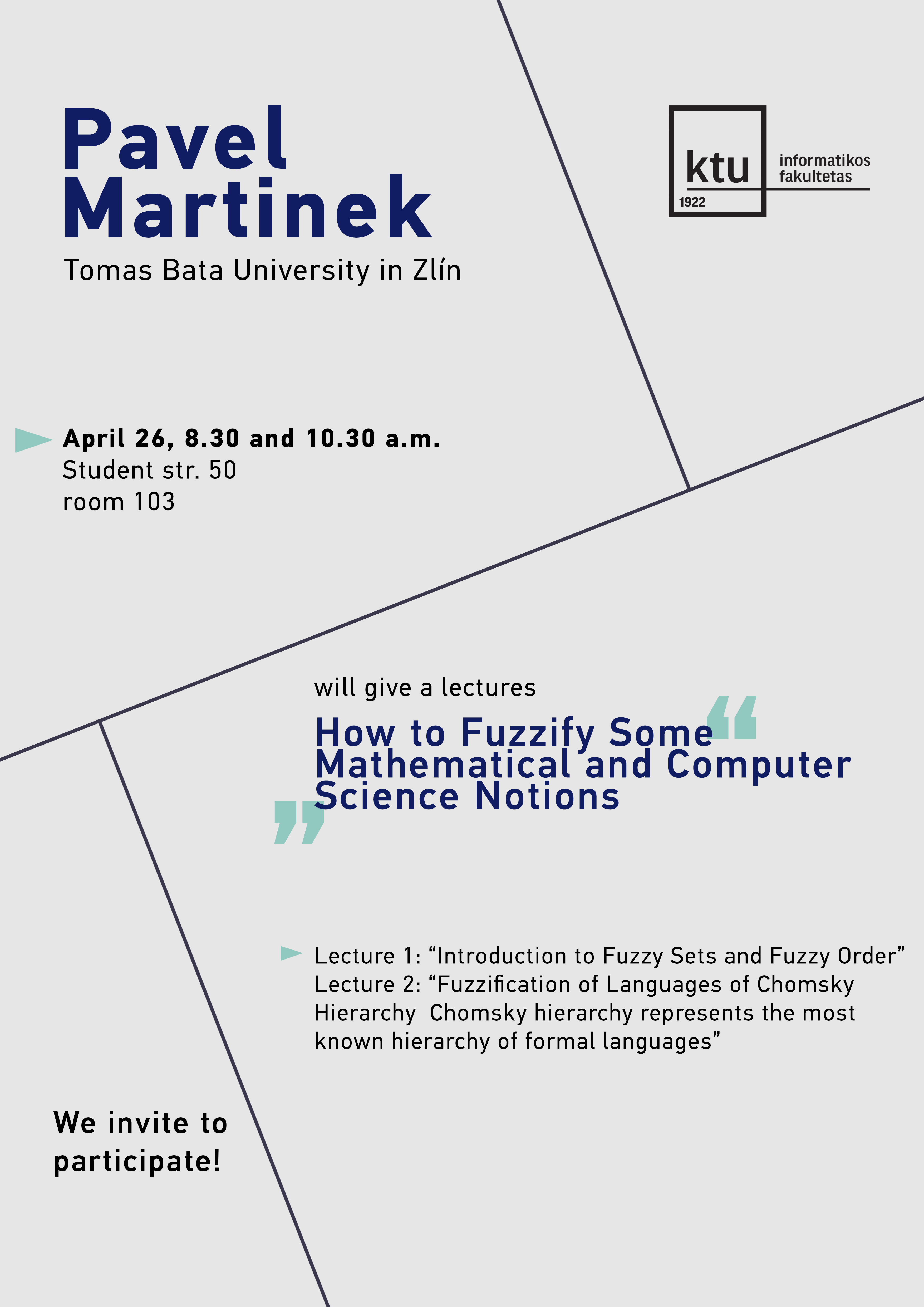 Įtraukti į iCal
Pasiūlyk įvykį!
We are using cookies to provide statistics that help us give you the best experience of our site. You can find out more or switch them off if you prefer. However, by continuing to use the site without changing settings, you are agreeing to our use of cookies.
Sutinku