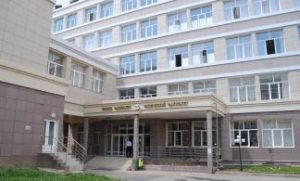 Exchange Students from Kazakhstan: education is the key to growth

Kazakhstan of the XXI centuries – the country which was developed from the beginning in two decades by the talented, hardworking, tolerant people. „While reading the message from the President of Republic of Kazakhstan, automatically will get the question what is important for the people and will always stay in the priority. Of course, all points are important, all of them are connected, but most of the people would agree that the education is the most important part“, states exchange students form Al-Farabi Kazakh National University Darkhan Kalmatay, Aidar Abilda, Dimash Berdibekov.

Students agree that without being educated their country wouldn’t have reached what they have today.  „In order to be a part of developed countries of the world we have to pay attention on nation’s education“, students say.

„This success would not come without purposeful policy, which is pursued at university“- states students from Kazakhstan.

In the university the main attention payed on the developing scientific–innovative researches. There exists the scientific–research structure, which has no analogs in other higher education institutions of Kazakhstan. For example, the most powerful scientifically and technological park which creates a necessary conditions for bringing scientific results of professors. Faculty of Physics and technology is known as one of the best faculties of the university. Students at this department concentrate on studying and research, participate in various scientific activities of the university, the city and even republic. Department’s of Thermophysics and Technical Physics main axis is the physics of the thermal and molecular phenomena.

In addition to high quality education, the University provides beneficial and comfortable learning and leisure infrastructure. In the territory of the university, there are a whole complex full of educational and leisure functions: a sport complexes with gym, sports grounds and sections, medical aid station, own movie theater, reading rooms, powerful library which provides students with necessary educational literature. Al-Farabi Kazakh National University successfully cooperates with more than 400 largest universities from 25 countries of the world, 340 agreements with foreign institution of science and education work (more than 20 agreements within Consortia/clubs/associations) that provides students the possibility to get knowledge and experience studying abroad as well as professors to develop their scientific research.

Prieš 2 mėnesius
We are using cookies to provide statistics that help us give you the best experience of our site. You can find out more or switch them off if you prefer. However, by continuing to use the site without changing settings, you are agreeing to our use of cookies.
Sutinku